It is important that you avoid certain common mistakes if you decide to repair your plasterboard ceiling without involving a professional. This article discusses some of those common mistakes that you should watch out for during that repair project.

Mistake 1: Not Fixing the Root Cause

Plasterboard ceilings can develop issues due to several factors, such as a moisture leak. You should investigate and fix the root cause of the problem in the ceiling before you patch that damaged section. For instance, fix any leak before placing a patch on the section that became damp and fell out.

You should avoid simply taking a tool and knocking out the sections of the plaster that you would like to replace with a patch. This random removal may leave you with a gaping hole that is irregular. Such a hole can be hard to patch. Avoid this problem by using a hammer and a chisel to cut a rectangular or square hole in the plasterboard ceiling. You can then determine the dimensions of the patch that will fit in that hole.

Mistake 3: Improper Securing of the Patch

Some homeowners may think that a patch will be secure once they drive screws in its different corners. This may be a mistake because the patch may be so long or so wide that it may sag and break if the only screws that are supporting it are in the corners. It is better to install screws at a spacing of every five inches. In this way, you will be sure that the patch is structurally stable.

Mistake 4: Not Blending the Patch With the Rest of the Ceiling

Many DIY plasterboard repairs become eyesores because the homeowner didn't pay ample attention to making the patch to fit in with its surroundings. Don't make the same mistake in your house. Check the texture of the existing plasterboard on the ceiling. Use texture paint to replicate the existing plasterboard's texture in the patch that you have applied. The colour of the paint should also be a close match so that the difference between the patch and the rest of the ceiling isn't noticeable.

Your chances of doing a good job during the repair depends on how well you understand the plasterboard ceiling repair process before you begin. It may be prudent for you to hire a professional to do the repair job if you lack the skills of working with plasterboard. That professional will save you from having to repeat a poorly executed DIY job characterised by the mistakes discussed above. 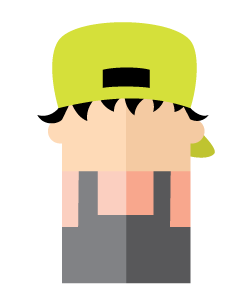